You can find the source code on Github 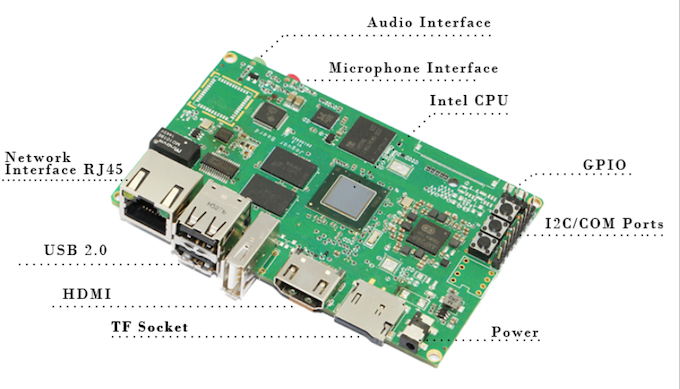 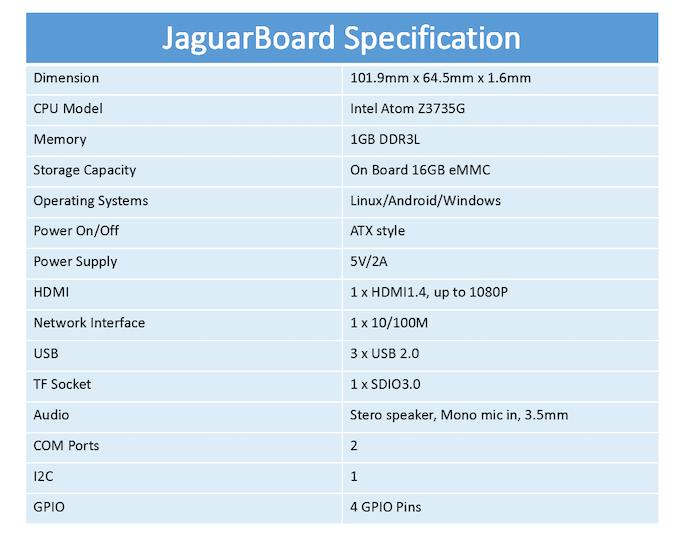 As we continue to focus on providing a great experience for Makers with Windows 10 IoT Core, we’ve made the difficult decision to discontinue Windows support on the Galileo platform. We’ve seen some fantastic innovation with the platform, but unfortunately, it does not meet the minimum hardware requirements for Windows 10 IoT Core. Please click here to learn more.

Microsoft is recommending that developers move Windows 10 projects to the popular Raspberry Pi 2.

Here is how you move to RaspberryPi2 : http://ms-iot.github.io/content/en-US/Faqs.htm#galileo

#Arduino101 – #IntelCurie module based new #Arduino board is coming soon

END_OF_DOCUMENT_TOKEN_TO_BE_REPLACED 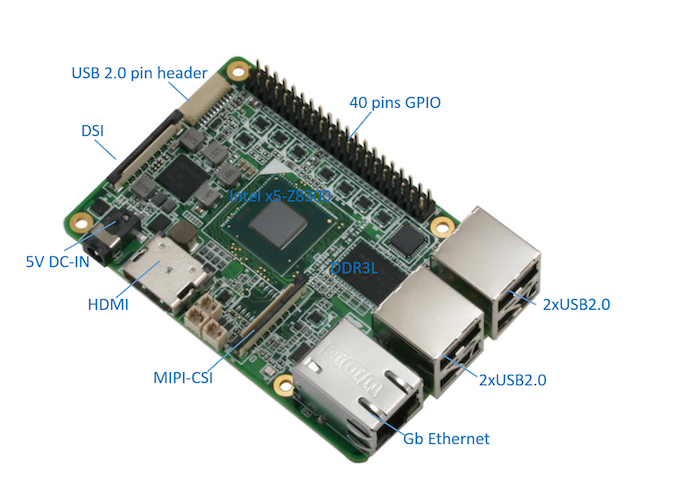 UP is a credit card size board which merges the benefits of Raspberry Pi2, the standard “de facto” of makers with the high performance and low power consumption of latest tablet technology : the Intel Cherry Trail Atom Quad Core x5-Z8300 64 bits up to 1.84GHz. Thanks to the 14nm technology, the CPU is rated at only 2W SDP.

END_OF_DOCUMENT_TOKEN_TO_BE_REPLACED

Stephen Hawking, who is probably one of the best scientific minds of our time, was diagnosed with ALS at the age of 21. This slowly paralyzed him and eventually took his ability to talk, but with the help of a unique speech system, he found his voice again.

In 1997, Intel designed a unique speech system that allows Hawking to communicate with the world. In 2004, text-to-speech functionality provided by NeoSpeech gave him his iconic voice.

Intel has announced the release Stephen Hawking’s speech system as open source, encouraging innovation and improvements that could open up the technology to people with physical disabilities throughout the world.

The speech system was closed source and proprietary licensed, which meant that only Intel engineers could work on improvements. Everyone else who wanted to improve the technology had to build their own system from scratch—until now. Last year, Intel announced plans to open source all code for Hawking’s speech system. The company released it on GitHub earlier this year under the Apache License, version 2.0.

Assistive Context-Aware Toolkit (ACAT) is an open source platform developed at Intel Labs to enable people with motor neuron diseases and other disabilities to have full access to the capabilities and applications of their computers through very constrained interfaces suitable for their condition. More specifically, ACAT enables users to easily communicate with others through keyboard simulation, word prediction and speech synthesis. Users can perform a range of tasks such as editing, managing documents, navigating the Web and accessing emails.

Prior to the release of this technology as open source, any engineer outside of Intel would have had to design the entire speech system from scratch just to make one small improvement. Now, with all of Intel’s hard work out in the open, it is easy for anyone to build on top of the technology that has already been designed.

Intel India has launched an Intel India Maker Lab, a platform for entrepreneurs and innovators to “accelerate product innovation” in Internet of Things (IoT), mobile devices and compute domains. The Lab will support 10 startups initially and provide them with development kits, reference boards, hardware and software tools for developing and testing.

The startups will also be provided business and mentoring support.The Lab’s selection process for its first ten startups will be completed in October and will get the ball rolling thereafter.

Startups can contact intelindiamakerlab@intel.com to know the application process.

The Lab will be set up in Intel’s Bangalore campus. Intel India claims that its Lab initiative is a non-profit initiative, not designed to build or augment Intel India’s own software development activities.